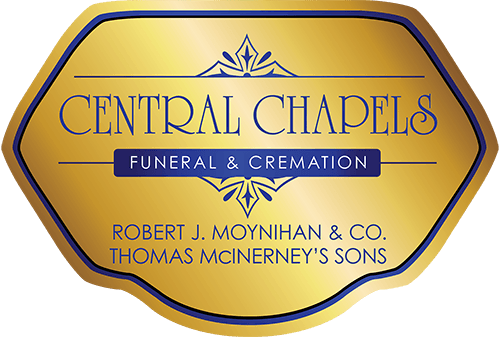 To share your memory on the wall of Fred Krehbiel, sign in using one of the following options:

“Unlike many inventors Pete insisted on including every engineer on the patent, no matter how small their role,” said his uncle, Fredrick A. Krehbiel, Molex Co-Chairman prior to its sale. “He always said it was a team effort, and he wanted the full team to receive the credit. He knew that having a name on a patent boosted your engineering career, and he helped so many build their careers.”

Many More Accomplishments
Pete’s accomplishments stretch far beyond engineering. He was extremely family-focused and was a wonderful photographer, a combination that led him to produce a hardbound book of photographs commemorating the year’s highlights of shared times together for each immediate and extended family member.

Widely known for his generosity, he hosted numerous large annual events to benefit a host of charitable organizations. His truest love, however, was Chicago’s Lurie Children’s Hospital where he served on the hospital’s Medical Center board for 16 years, beginning in 2004.

Pete also cared deeply about children and their wellbeing. He was a beloved uncle to his nieces, nephews, and godchildren. Pete had a special talent in connecting with adults and kids through his very funny sense of humor and his ability to engage people of all ages.
Pete had a zest for life and loved Chicago where he lived his entire life. He loved the architecture and cultural institutions of Chicago, and he also loved the city’s fabulous food. But, apart from Chicago, his favorite place in the world was Lake Como, Italy, where he soaked in the Italian sun, culture, language, and food.

A Rare Combination
Pete was a talented and all-around athlete and an inquisitive reader. A competitive ski racer in high school and college, skiing remained a lifelong passion. He became a certified scuba diver in high school and earned his pilot’s license in college. He loved cars as well as hunting with his father, tennis, water skiing, running, and road and mountain biking. He also enjoyed fun, social city sports, such as rollerblading, softball, kickball, and any other activity that gave him a chance to get together with family and friends. And, he was an avid reader of science, technology, and world affairs, and he especially loved science fiction.

A special acknowledgment from the Krehbiel family to Amy Halvorsen, who provided unwavering love and support to Pete throughout his illness, and the world-class care provided by Northwestern Hospital’s extremely talented doctors and nurses who cared for Pete.

Due to COVID-19 restrictions, only a small family service led by Father Wall was possible, which was held October 22, 2020 at Old St. Patrick’s Church in Chicago.

To send flowers to the family or plant a tree in memory of Fred Love Krehbiel, please visit our Heartfelt Sympathies Store.

Receive notifications about information and event scheduling for Fred

We encourage you to share your most beloved memories of Fred here, so that the family and other loved ones can always see it. You can upload cherished photographs, or share your favorite stories, and can even comment on those shared by others.

Guaranteed hand delivery by a local florist
B

Posted Oct 26, 2020 at 03:43pm
To the Krehbiel family, I am so sorry for this terrible loss. He was a good friend and great human being.
Comment Share
Share via:
BI

Posted Oct 26, 2020 at 10:28am
Deepest sympathy to John, Posy and the Krehbiel Family on the sad passing of Pete, May he Rest In Peace
Comment Share
Share via:
JL

Posted Oct 25, 2020 at 09:27pm
May Pete Rest In Peace.
Everyone he touched will treasure the memories created by him.
He was a exceptional man.
The Krehbiel family are in my prayers as they deal with their loss.
Comment Share
Share via:
L

Posted Oct 25, 2020 at 12:32pm
To the Krehbiel family and Amy,
Please treasure your wonderful memories. I appreciate all things learned from Pete. May God lift you up and give you strength.
Lavonda
Comment Share
Share via: